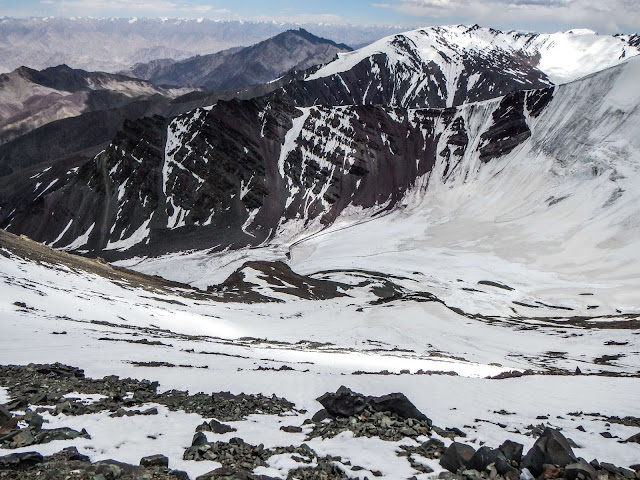 I started from the base camp commenced at 4:30 a.m., and with the weather on my side, everything was seemingly going according to plan. 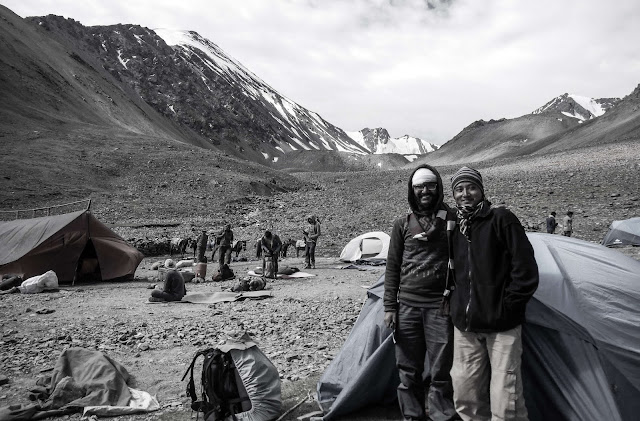 However, just a few hundred meters before the summit, I saw a fellow climber falling 15-20 meters off a cliff. Without my binoculars, I would have probably never seen him fall. I managed to spot him and rushed to his aid. His forehead was cut and bleeding badly, but he was fortunate enough not to have suffered any major fractures. 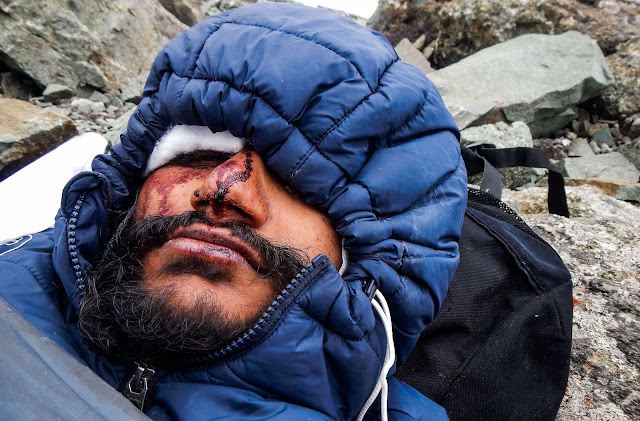 His head had probably hit a rock. There were cuts on his eyebrows, lips, hands and the legs as well. He (Utsav) was on his way down to the base camp when he fell. I was carrying a fully-equipped first aid kit and allegedly took out pretty much everything I had to stop the bleeding. I even cut Utsav's hair a little bit to clean the wound and cover it with a bandage. 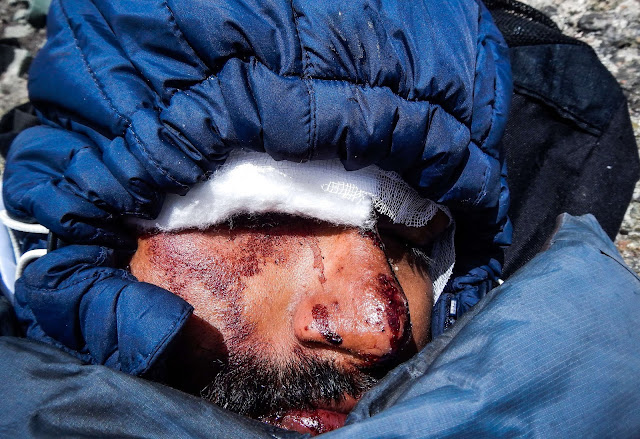 We were perched at an altitude of approximately 5,800 meters, and there was no one in sight, but I kept shouting for help. Fortunately, one local guide managed to hear me and rushed to the spot. Once the local guide was appraised of the situation, he went down seeking a rescue team.

So, Me and Utsav spent nearly four hours waiting for the rescue team to arrive. In the meantime, I constantly rubbed Utsav's back and even sang a Nepali ballads to keep his mind off the excruciating pain. 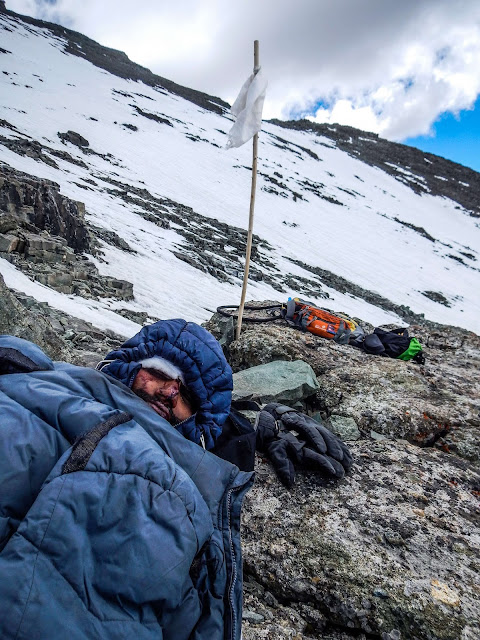 Once the rescue team arrived, Despite my exhaustion, I only had a few hundred meters to climb. So I decided to scale the summit. 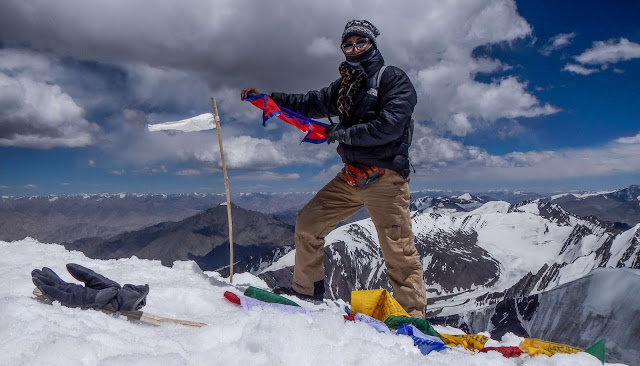 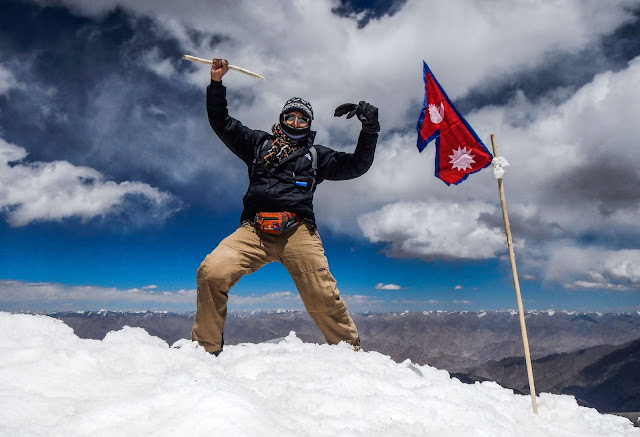 After reaching the summit by 2:30 p.m., I spent a few minutes before making the descent. I finally returned to the base camp by 6:30 p.m.

Utsav, meanwhile, didn’t suffer any fractures, so his situation wasn’t very critical. He could stand the next morning but not walk properly. We got separated at the base camp, so I don’t know what happened to him after that because I had lost the contact details. 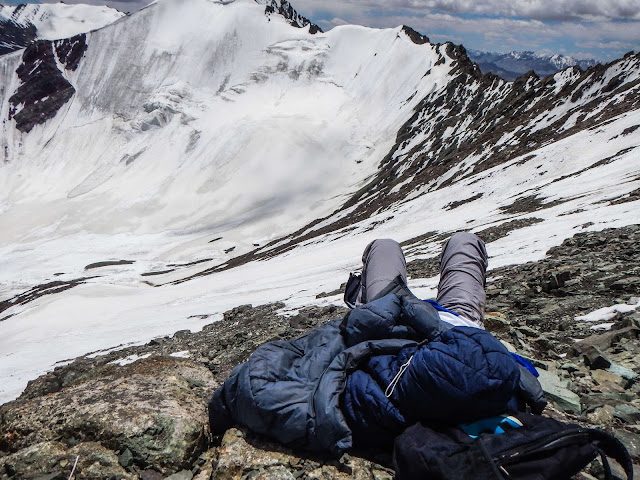 And after 2 years with the help of media, i finally found him and his family. It'd very heartwarming to get all the respect and love his family has shown me. We two families have certainly got close now and I'm very thankful for having another brother in my life. 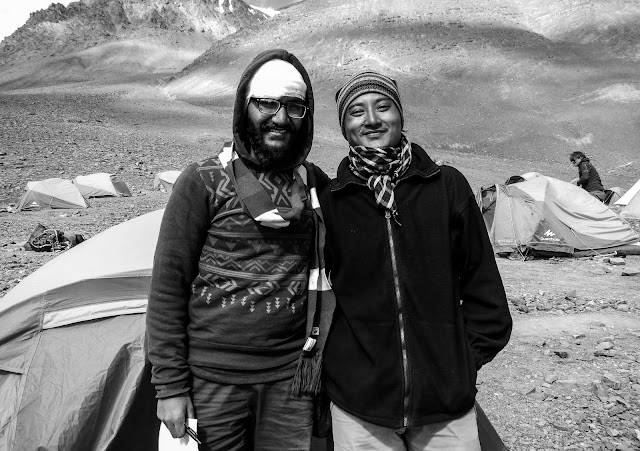 All images & text by
© Bidhan Shrestha
for
#photowalkersnp #spnnepal
About the Author
I'm Bidhan Shrestha, 23 yrs old from Kathmandu, Nepal.
I've always been adventure lover since an early age and was curious about the world. I've always wanted to travel to new places, meet new people, listen their stories, enjoy and experience the life to fullest. So, since at the age of 18 I've been solo travelling to many destinations in Nepal and India. People have labelled me a free spirit, adventurous soul, daring, as well as unrealistic and quixotic. And I'm happy for what I've accomplished so far.

August 08, 2020
My name is Siddhi Bahadur Karki, I am 62 years old. I have a wife named Him Kumari Karki. I have 4 daughters and 2 sons named Shanta Karki, Sita Karki, Swosthani Karki, Ujeli Karki, Baburam Karki, and Rajan Karki. Among them two of them are unmarried. However, none of them are with us right now as some of them live in ktm with their family while some of them are in charikot. We have a huge scarcity of drinking water in our village. We have been facing a problem for many years now. Mainly after the huge earthquake of 2072, it dislocated every possible water source which was in access to us. Now that there is no water me and my wife we have to travel around 1 hour every day (way and back) for the water. Since the actual water source is around 2 hours far we prefer drinking the water from the pipeline which is used by another community. They bought their own pipeline, connected it to the source “sanachaur jitpur” and are drinking water directly from the source. We have to walk around two
Post a comment
Read more

September 30, 2020
Minimalism - Using the smallest range of materials and colours possible, and only very simple shapes or forms ( Cambridge Dictionary )  In photography, using this theme and getting the eye catching result which soothe your heart is very important genre of photography. Minimalism is very subjective art. Depending upon your taste, some love this particular type of photography and some feel indifferent about it. I kind of love this genre of photography, hence showcasing few images which i captured using this technique. Choosing the interesting subject, finding a story on simple things, creating a sense of scale, working with bold contrasting colors, experimenting with texture, patterns and lines and finding that striking composition to highlight the subject are few important basics of minimalistic photography. All Images by Sushila Gurung . Text by Udhab Kc For  #photowalkersnp   #spnnepal About the Author : A Photographer by hobby and artist by nature, Susila Gurung developed the hobby i
Post a comment
Read more

December 14, 2020
Krishna astami  is observed generally in between august and september.  There may be different ways people celebrate it however the celebration in Bhaktapur really fascinated me, form the way they show their devotion toward Krishna.   It all starts with the gathering of the devotee in Wakupati Narayan Temple. After the gathering people or devotee mainly "Krishna Pranami" caste from Newar community gets ready. While getting ready you can see people putting the cow dung in the devotee hands, shoulders and head to rest the butter lamp upon it. Once the journey begins the butter lamps are light up and the walk throughout the city is started. It is said that balancing the butter lamp in hands, shoulders and head resemble the journey that Vasudeva made to flee Krishna from the hands of Kamsa to Brindaban. Which is said that Kamsa received a prophecy stating that one of Vasudeva and Devaki's children would bring about his downfall.  The end of the ritual ends at the same temple.
1 comment
Read more