My name is Siddhi Bahadur Karki, I am 62 years old. I have a wife named Him Kumari Karki. I have 4 daughters and 2 sons named Shanta Karki, Sita Karki, Swosthani Karki, Ujeli Karki, Baburam Karki, and Rajan Karki. Among them two of them are unmarried. However, none of them are with us right now as some of them live in ktm with their family while some of them are in charikot. 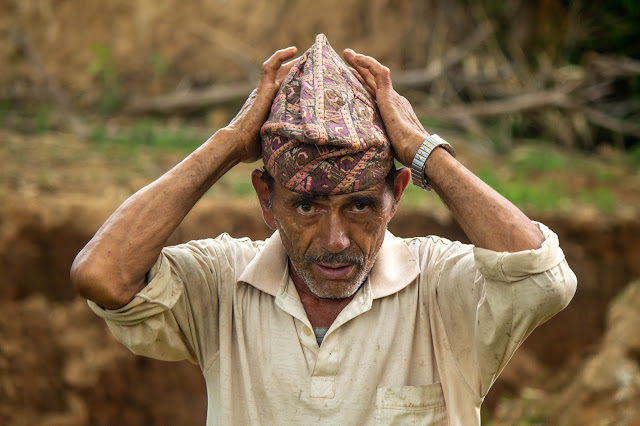 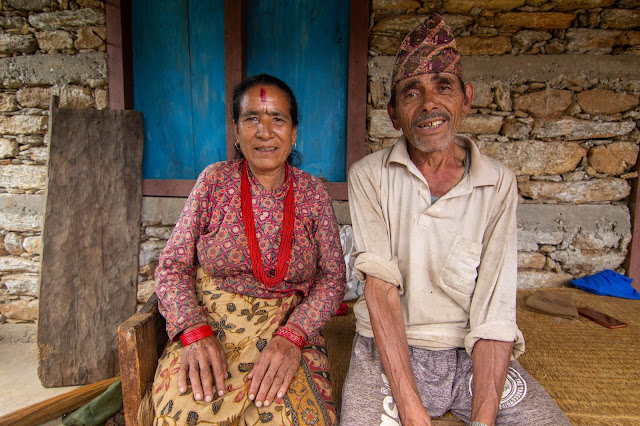 We have a huge scarcity of drinking water in our village. We have been facing a problem for many years now. Mainly after the huge earthquake of 2072, it dislocated every possible water source which was in access to us. Now that there is no water me and my wife we have to travel around 1 hour every day (way and back) for the water. 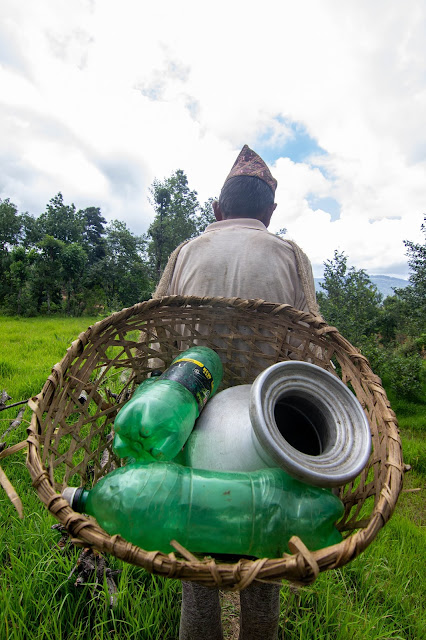 Since the actual water source is around 2 hours far we prefer drinking the water from the pipeline which is used by another community. They bought their own pipeline, connected it to the source “sanachaur jitpur” and are drinking water directly from the source. We have to walk around two hours for the water which is the longest route we go for the pipeline which is comparatively near. 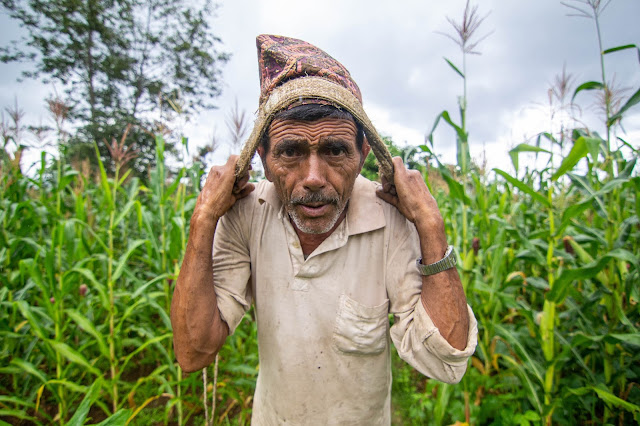 We sometimes get scolded from other people for using their pipeline as it causes disturbance in their consumption. It’s been many years since I am using that source for the water. I feel the water is safe for drinking however we sometimes catch a cold as well. 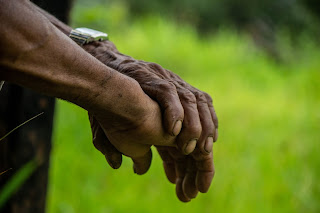 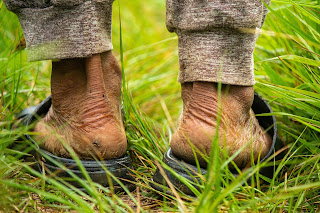 I carry as much water as I can when I visit there because the pipeline is far and it’s not possible to visit it time and again. I usually carry Gagri, water bottles, and small cans at one time. I have to walk in heavy rain, dangerous slippery roads; I fell and injured myself many times while carrying water. 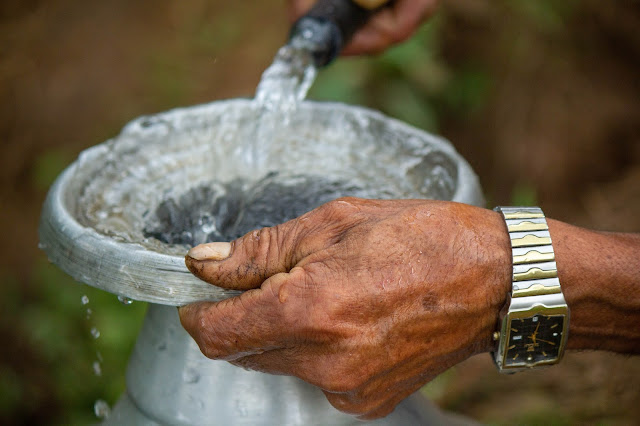 I am now growing old, I don’t have the energy to walk that distance and carry water regularly. I wish I had a tap in my compound; it would have been much easier for me and my wife to work on our farm as well. It’s hard to work on the farm now because we don’t have adequate water for irrigation. 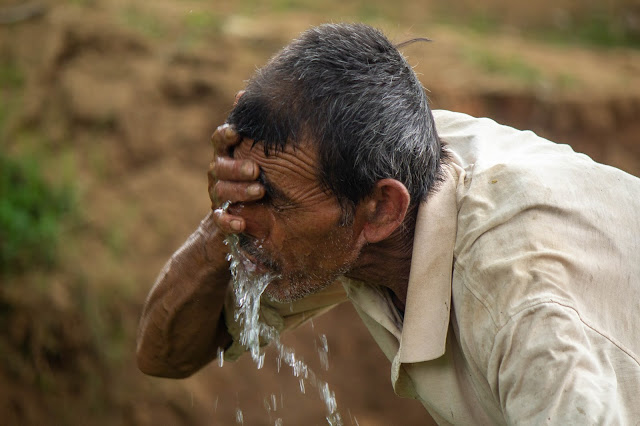 I have to feed highly turbid water from the river to my cows because it’s impossible to feed the same water we drink as it’s not adequate. If only I had tap in my house it would so much easier for us. We would have so much time to invest in agriculture. We have very fertile land here in katakuti. As agriculture is our only source of income I want to invest my time and money in agriculture till the day I die. 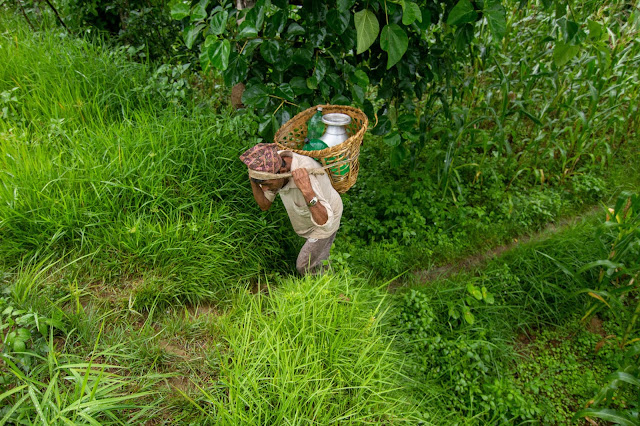 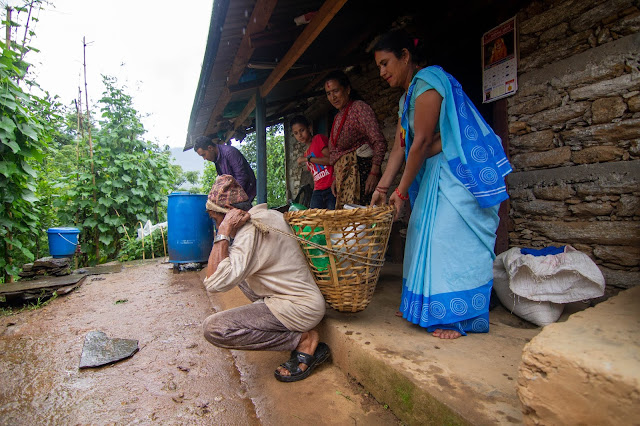 Now that I know CDF Nepal just conducted a survey of water supply schemes in our area I have very much excited and hopeful about getting a tap in my house. I am ready to give my full support to CDF for this project.
All images & text by
© Muskan Pudasainee/CDF Nepal
for
#photowalkersnp #spnnepal
About the Author:
Mr. Pudasainee is professionally a Public Health graduate, who works in rural villages of Dolakha promoting better Water, Sanitation and Hygiene. Following his passion for photography, he has been taking photos regularly for more than 5 years now. He believes photos are the best motivation for showcasing the stories. Following the same here he has tried to present the story of a Villager who has been struggling regularly for water. Kindly go through the Images and the story.

September 30, 2020
Minimalism - Using the smallest range of materials and colours possible, and only very simple shapes or forms ( Cambridge Dictionary )  In photography, using this theme and getting the eye catching result which soothe your heart is very important genre of photography. Minimalism is very subjective art. Depending upon your taste, some love this particular type of photography and some feel indifferent about it. I kind of love this genre of photography, hence showcasing few images which i captured using this technique. Choosing the interesting subject, finding a story on simple things, creating a sense of scale, working with bold contrasting colors, experimenting with texture, patterns and lines and finding that striking composition to highlight the subject are few important basics of minimalistic photography. All Images by Sushila Gurung . Text by Udhab Kc For  #photowalkersnp   #spnnepal About the Author : A Photographer by hobby and artist by nature, Susila Gurung developed the hobby i
Post a comment
Read more

December 14, 2020
Krishna astami  is observed generally in between august and september.  There may be different ways people celebrate it however the celebration in Bhaktapur really fascinated me, form the way they show their devotion toward Krishna.   It all starts with the gathering of the devotee in Wakupati Narayan Temple. After the gathering people or devotee mainly "Krishna Pranami" caste from Newar community gets ready. While getting ready you can see people putting the cow dung in the devotee hands, shoulders and head to rest the butter lamp upon it. Once the journey begins the butter lamps are light up and the walk throughout the city is started. It is said that balancing the butter lamp in hands, shoulders and head resemble the journey that Vasudeva made to flee Krishna from the hands of Kamsa to Brindaban. Which is said that Kamsa received a prophecy stating that one of Vasudeva and Devaki's children would bring about his downfall.  The end of the ritual ends at the same temple.
1 comment
Read more